Adrift off the boot of Italy, Sicily is the largest island in the Mediterranean. The region offers sun, sea and plenty of history; numerous ancient empires have left indelible marks on the landscape and culture here, and Sicily wears its past proudly on its sleeve. It’s also an unabashedly sophisticated and stylish place, catering for jet setters with luxury accommodation and gourmet twists on traditional classics. The past and present mingle gloriously on this rugged, volcanic island, as is evident in its food and drink.

Synonymous with Sicily and the guilty pleasure of television’s Inspector Montalbano, cannoli will sate your sweet tooth. These appealing little pastries of fried dough are packed with ricotta, sprinkled with nuts such as pistachio and the cherry on top is, often quite literally, a cherry on top. There are more sweet treats to tempt you here, too, such as cioccolato di Modica – chocolate of Modica. This local specialty draws inspiration from the grainy, cocoa-rich recipes of the Aztecs, and has earned the prodotto agroalimentare tradizionale certification in recognition of its regional significance. If that isn’t enough to set your blood-sugar level rising, have a granita siciliana or two; this sorbet-like dessert is fruity, semi-frozen and perfect with a Sicilian brioche on the side.

Sicilians don’t just do dessert, though they do it wonderfully. There are savoury favourites such as arancini – stuffed, fried balls of rice, served in all shapes and sizes; pasta alla norma – a delicious combination of pasta, aged ricotta, ripe tomatoes and aubergine; and simple, seasoned bread such as pane cunzatu – often stuffed with cheese, anchovies, tomatoes and other mainstays of the local cuisine.
All that good food needs company, and thankfully Sicilian wine pairs beautifully with it. While you’ll find imported tipples on sale too, you really should try the local stuff. Popularly grown on the island’s vineyards is grillo – a white wine grape that’s hardy enough to withstand Sicily’s heat. It’s commonly used to make marsala, a DOC-status white wine that comes dry or sweet. Syrah is a juicy, dark-skinned grape more commonly associated with the vineyards of the Rhone valley, but in Sicily it’s blended with the native nero d’Avola variety to make distinctly Sicilian reds. Tour Donnafugata’s vineyards, overlooked by the towering Mount Etna, to get a real appreciation of Sicilian viticulture.

So you can eat like a local morning to night, opt for a luxury villa in Sicily with its own chef, such as Podere San Giorgio. The sweet scent of oranges from the villa’s groves will have your mouth watering before you even enter the property. Dine in the sunshine out on the terrace, gazing at the swaying palms and rugged Sicilian hills beyond. 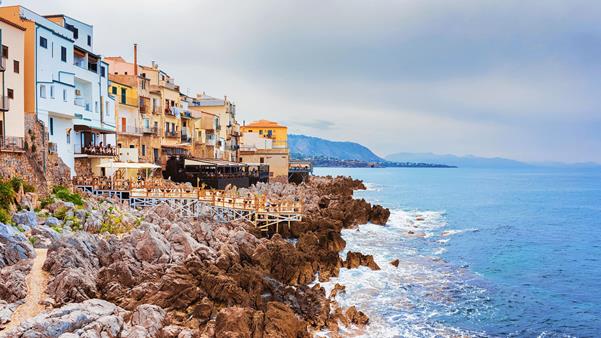 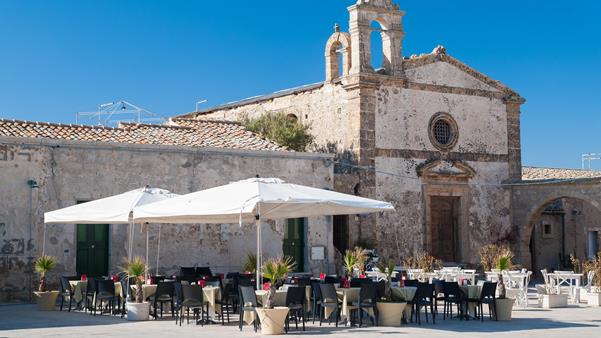 We’re delighted to reveal our villa favourites for 2020. Handpicked by our experts and endorsed by our clients. From beach hideaways to country retreats, all combine top locations with luxury living.
Bedrooms: 8
Sleeps: 16

A room with a view is guaranteed from the elegant Piedimonte Estate, nestled in the Sicilian hillside near Catania.

Just a short stroll from the water's edge, Villa Peonia is a perfect mix of comfort and elegance