A byword for romance, Venice sets hearts aflutter with its picturesque canals, palatial architecture, ornate glasswork and masquerade balls. As you wander over the bridges and along the banks of the city’s 118 islands, you’ll undoubtedly work up an appetite; thankfully, Veneto cuisine is rich, flavourful and sure to hit the spot.

Due to its lagoon location, fish is the dish of the day in Venice, whether it’s served raw and fresh, rustled up in a risotto or dried and salted. You’ll also find locally-harvested shellfish and molluscs celebrated throughout Venetian cuisine. A perfect introduction to the city’s seafood is sarde in soar – a recipe of fried sardines, smothered in a sweet and sour sauce of onions, raisins and pine nuts. You’ll find it on the menu at many bacari – the cosy eateries dotting Venice that serve up bite-sized snacks, called cichetti, as well as teensy glasses of local wine, called ombra. Take a bacaro tour to nibble and imbibe the best of the city’s fare. Harry’s Bar in the San Marco district is most famous for inventing the Bellini, but it’s also where founder Giuseppe Cipriani ‘cooked’ up the first carpaccio; originally beef served raw, thinly sliced and lashed with olive oil and lemon juice, nowadays you’ll find fresh fish prepared likewise.

Risi e bisi is, as its unpretentious name states, a dish of rice and peas, but this Venetian springtime favourite is more nuanced than that. It’s a tasty, buttery risotto-cum-soup, with fresh peas simmered until soft and steeped in a flavourful stock alongside medium-grain rice (ideally a local variety, such as carnaroli or vialone nano). Just as hearty is any dish made with bigoli; this thick, spaghetti-like pasta is produced locally and served in a rich ragu – often of seasoned duck meat.

No great meal is complete without dessert. Claimed to be a Venetian creation, tiramisu – which means ‘pick me up’ – is sure to put a smile on your face. This cake combines coffee, cocoa and cream cheese into a tantalising treat served cold. Enjoy a slice canal-side in the summer sun (along with an espresso for an additional pick-me-up).

Whilst sailing smoothly along Venice’s waterways in a gondola, you’ll probably have a camera in one hand and a glass of prosecco in the other. Prosecco, named after a little Italian village (now a suburb of Trieste), is produced across Veneto and its neighbouring regions. Of note is Prosecco Superiore, a DOCG prosecco produced in the Conegliano Valdobbiadene area, 50 kilometres outside of Venice. Prosecco isn’t all that’s pressed and bottled here – if you have the time, tour around Veneto’s vineyards to discover the region’s variety of wine. We can help you book a luxury apartment in Venice, and arrange excursions into wine country for you. 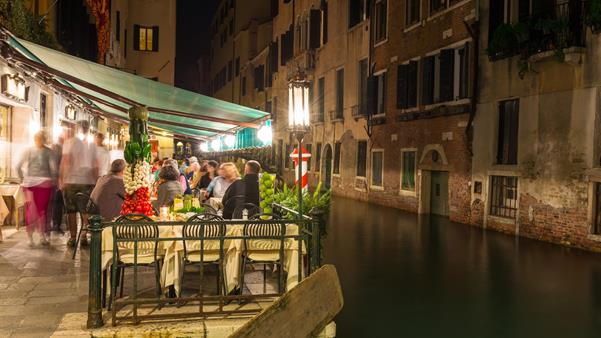 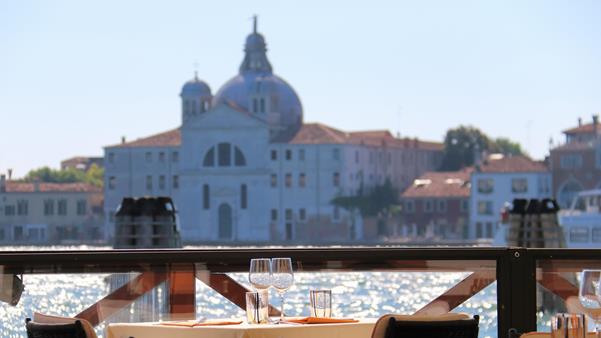 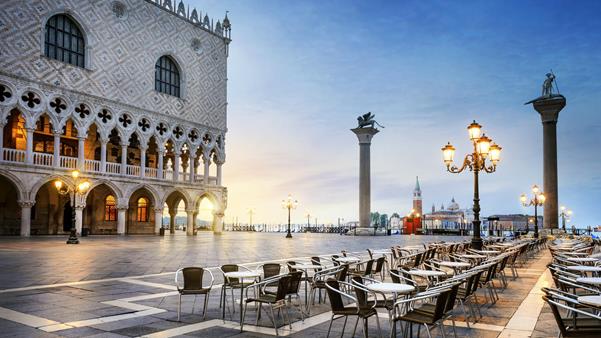 Very recently spruced-up to show it off to its best, the apartment has a laid-back and easy-going style

A pristine sanctuary of style and contemporary elegance where sleek furnishings, clean lines, soft lighting and pale driftwood colours combine to create a soothing ambience of calm and urban sophistication

A terrific apartment for six, up on the top floor of the impressive 15th Century Gothic Palazzo on the Grand Canal.

The perfect choice for a memorable stay in a truly authentic area of Venice.

The mix of the very best in Italian styling, hand-crafted furnishings, classic simplicity and luxury fittings

Hidden behind the wall of a 15th century Gothic Palazzo, find this delightful apartment with a much sought after south-facing courtyard-garden all of its own